SAFE-GUARD® (fenbendazole) is highly effective in the treatment of six species of the four most common intestinal worm types found in outdoor dogs.

Like most people, you probably consider your dog a member of the family. But do you know your loving pet could pose a health risk for all? Learning about canine parasites will not only help you protect your dog, but yourself, your family and your environment.

The risk to your family:
zoonotic disease

Roundworms and hookworms can cause zoonotic disease, meaning they can cause illnesses in people too, especially children. That’s why preventing parasite infestations in dogs is not only important for the overall health of the dog, but also reduces human health risks.1

Think your heartworm treatment has your dog covered? Think again.

While many heartworm treatments include roundworm and hookworm protection, they may not treat tapeworms and whipworms, which can be especially problematic for outdoor dogs.

Dangerous Parasites to the Outdoor Dog

The more your dog is outside, the greater the risk of infection 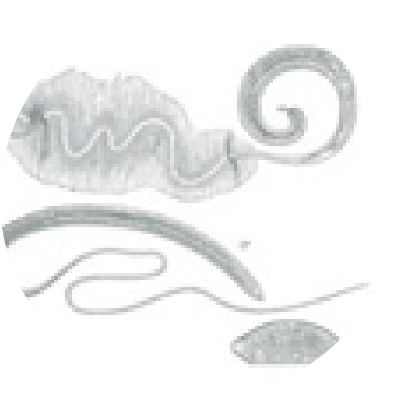 Canine Whipworms (Trichuris vulpis) get their name from their whip-like shape.

This intestinal parasite is quite prevalent throughout the U.S.1, especially in adult dogs.

Because most canine worm treatment products are not effective against whipworms, extra care must be taken when choosing a dog dewormer for whipworms.

Fenbendazole, the active ingredient in SAFE-GUARD Canine, is recommended and is commonly used to control these parasites. 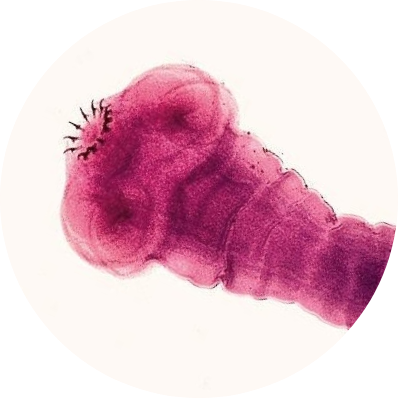 Tapeworms are thin and flat, like strips of tape and are made up of a head from which a series of segments will grow.

Dogs become infected with Taenia pisiformis tapeworms by eating rabbits, which may carry the infective stage of this worm.

Dogs may also become infected with other species of tapeworms by eating fleas or other intermediate hosts that carry the infective stage.

Treatment and control of canine tapeworm infections involves the use of dog dewormers that effectively remove the tapeworm head, as well as the segments.

There are two kinds of canine hookworm that infect dogs – Uncinaria stenocephala and Ancylostoma caninum.

Risks in the Environment

Dogs can be infected by accidentally eating hookworm eggs and larvae in the environment or through larvae penetration of the skin or lining of the mouth.

A dog infected with hookworms should be treated with a fast-acting, highly effective and safe dewormer, such as fenbendazole. This should be followed by a second treatment, two weeks later. In severe cases, blood transfusions and supportive therapy may be required.

Roundworms are the most common intestinal parasites found in dogs – and especially in young puppies, that are often infected at birth, or soon thereafter.

The larvae of one of the roundworms – Toxocara canis – lie dormant in the tissues of most adult female dogs. Hormonal changes during pregnancy can activate these larvae, which then migrate through the placenta to infect the unborn puppies.

Some immature forms of canine roundworms can also be transmitted through the nursing mother’s milk.

Since most puppies have roundworms, it is recommended that you give your dog a broad-spectrum dewormer that is effective against the major canine intestinal parasites, according to the following schedule:

Why SAFE-GUARD?
6-in-1 Protection.

With parasite protection in SAFE-GUARD Canine, given two times a year, you and your dog can enjoy nature and feel safe while you do it. 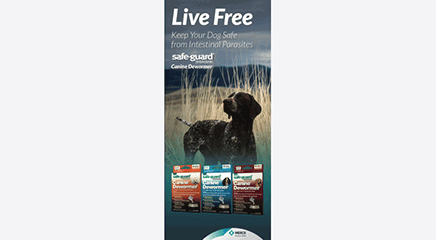 *Dogs over six months of age should be dewormed at least twice a year with SAFE-GUARD Canine Dewormer. For puppies younger than six months, see product label.