Parasite control is an ongoing battle. SAFE-GUARD (fenbendazole) is ready.

When it comes to deworming cattle, choose SAFE-GUARD to help get the most from your herd. SAFE-GUARD features broad-spectrum protection against the most concerning internal parasites, including Ostertagia, Cooperia and more.

Deworming cattle to stay ahead of profit-eating parasites.

The signs of a severe parasite infection are easy to spot. But it’s important to keep an eye out for the less severe signs that can indicate the start of a problem, so you can take swift action.

SIGNS TO WATCH OUT FOR:

SAFE-GUARD is a fast-acting dewormer that goes straight to the gut, killing worms where they live.

Keep cattle protected in the pasture.

Parasites shed by cattle last season are often the source of infection for cattle this season. Cleaning up your pasture starts with deworming cattle to remove worms and stop egg shedding back onto the grass.

SAFE-GUARD is the only dewormer available in feed formulations that can be added directly to feeders or administered in the pasture for convenient deworming between spring and fall treatments. It builds up bite-by-bite, so even cattle that ingest small amounts over a few feedings still quickly build to a dose that is lethal to internal parasites.

Parasites can significantly weigh down your herd. Louisiana veterinarian Dr. Paul Whittington explains how they impact animal health and performance.

Fighting resistance by doubling down.

Parasites can significantly weigh down your herd. Louisiana veterinarian Dr. Paul Whittington explains how they impact animal health and performance.

When it comes to deworming cattle, schedule based on your operation type and location, as well as the parasite life cycle. Doing so reduces the parasite burden both in your herd and on the pasture.

Select your operation type to see the recommended guidelines. 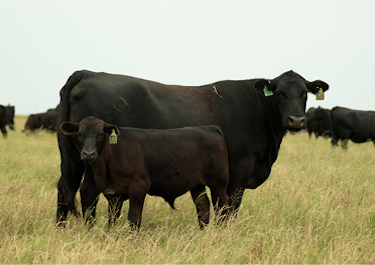 Deworm at the end of the grazing season or after the first killing frost in areas where cattle remain on-pasture year-round.

In warm weather regions, a second deworming given 6-8 weeks after the first spring deworming may be warranted due to high parasite populations and transmission. 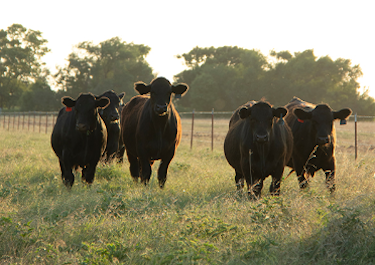 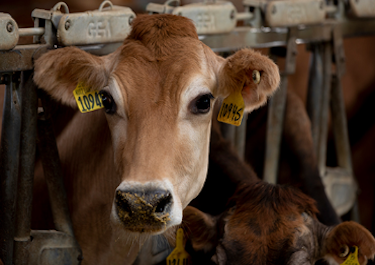 Dairy cows exposed to moderate or high levels of parasites or grazing pastures should receive treatment at freshening and again after 6 weeks.

Dairy cows exposed to low levels of parasites only need to be treated at freshening or as a herd once a year, ideally in late fall.

Nail the timing of your treatments with
SAFE-GUARD’s simple scheduling tool.

Determine how much of your preferred
formulation you’ll need to effectively treat your
herd with the SAFE-GUARD dosage calculator.

SAFE-GUARD Paste and Suspension: cattle must not be slaughtered within 8 days following last treatment; Mineral and medicated feed products: 13 days; EN-PRO-AL Molasses Block: 11 days; Protein Block: 16 days; For dairy cattle, the milk discard time is zero hours. A withdrawal period has not been established for this product in pre-ruminating calves. Do not use in calves to be processed for veal. For complete information, refer to the product label.